Latest interview is with Assaph Mehr, a multi-genre author whose work encompasses urban fantasy, historical fiction and other genres.

Assaph has been a bibliophile since he learnt to read at the age of five, and a Romanophile ever since he first got his hands on Asterix, way back in elementary school. This exacerbated when his parents took him on a trip to Rome and Italy - he whinged horribly when they dragged him to "yet another church with baby angels on the ceiling", yet was happy to skip all day around ancient ruins and museums for Etruscan art.

He has since been feeding his addiction for books with stories of mystery and fantasy of all kinds. A few years ago he randomly picked a copy of a Lindsay Davis' Marcus Didius Falco novel in a used book fair, and fell in love with Rome all over again, this time from the view-point of a cynical adult. His main influences in writing are Steven Saylor, Lindsey Davis, Barry Hughart and Boris Akunin.

Assaph now lives in Sydney, Australia with his wife, kids, cats, and - this being Australia - assorted spiders. By day he is a software product manager, bridging the gap between developers and users, and by night he's writing - he seems to do his best writing after midnight. 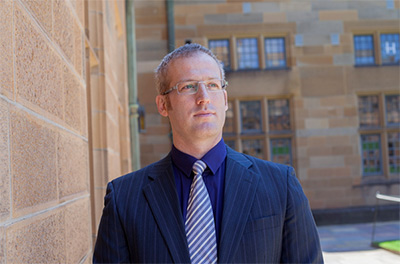 A lot of your work combines urban fantasy with Ancient Rome- what particular challenges does combining the two bring, and how historically accurate do you aspire to be?

Both historical fiction and fantasy require a lot of world-building: research into anything from geography to culture, internal consistency, etc. It affects the characters’ both external and internal lives, the world they navigate and their mindset while doing so. Without this, they would not feel authentic and the story would feel sloppy.

Writing an historical-fantasy blend often ends doubling the work rather than halving it, as you now not only have to worry about historical accuracy, but also exponentially increase the complexity of the world (the introduction of the fantastical elements) in a way that is both internally consistent and still feels authentic to the time period.

Still, when done right, I find such stories the most rewarding, with the richest backgrounds and most complex interactions.

Any other authors who particularly inspire you or perhaps even convinced you to become an author?

Plenty! I’ve been reading since an early age, I’ve always loved history and fantasy, and always wanted to write too. I’ve been inspired by the giants of both fantasy and historical fiction (particularly Roman detective, obviously). I particularly love Barry Hughart’s Bridge of Birds, which combines many of these elements in a charming supernatural detective story set in a “China that never was”.

Since becoming an author I’ve met many others, and it’s always a joy to discover new gems.

All I need is no interruptions. I don’t mind music though I prefer silence. What I do mind is anything that requires my attention (“dad? Dad? DAD?”) It takes must longer to get back into the rhythm after each interruption.

I used to do most of my writing on the train ride to work, but now with working from home I need to find an uninterrupted time. Consequently, the next book of Togas, Daggers, and Magic might be somewhat delayed.

Much of your work straddles quite a few different genres- do you consciously seek to do this or does the story and setting simply dictate everything else and “it is what it is”?

Not as such. It’s a combination of everything I like to read. I like Fantasy and the supernatural, I’ve always loved history, and I grew up reading classic mysteries and detectives. So it was natural to write the stories I wanted to read, combining all those elements in one.

There’s a lot of “what if” in the world-building: how would people in my chosen period (Roman Middle-Republic) address magic if it was part of life? But then there strong detective elements (from the how and the who to the all-important why). I call the series Togas, Daggers, and Magic, and when I plan a story (whether short or full novel), I make sure that all three elements are well represented.

You’ve written a number of short stories using characters and settings from your longer works- do you find familiarity helps with the writing process for these stories? Do you sometimes find these stories themselves spawn an idea that may then grow into a longer work?

I’ve build the setting in the first novel, Murder In Absentia, after the mystery was kicking about in the back of my head for a decade. As I was writing it, ideas for more stories in the same setting kept popping up – mysteries and aspects of the world I’d like to explore.

I noted them all down, and as the muse strikes I pick them up and work them into fully fledged stories. Some are naturally short and some longer. It’s more about the story, the point it’s trying to make, that dictate the length of it. I keep having more ideas, for the world of Egretia and other worlds, and I jot them down and work at them as the muse strikes and time allows. 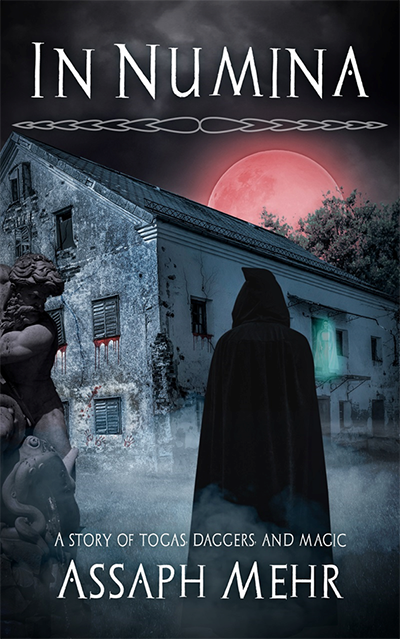 I’m a reasonably good cook and an amateur photographer, both of which are creative but I’m not nearly as dedicated as I am with writing.

Before I started to write my wife tried to get me to paint a few times, and every time I did just enough to prove my lack of talent (unlike her). I’m quite satisfied in having my creative outlet in writing.

There are several books I’ve read in my youth that impacted who I am. Le Guin’s The Dispossessed, Heinlein’s Stranger in a Strange Land, and Hesse’s Siddhartha all come to mind.

I also recall randomly picking up a Lindsey Davis’ Falco novel at a use book fair. It didn’t have an immediate effect, but years later I reread it, went back and read the rest of the series, and that certainly has sparked a new my interest in Ancient Rome which greatly impacted my writing. Not all turning points are evident at the time they happen –it’s usually the sum totality of one’s experiences.

Which social networks or marketing avenues have you found work best for you as an author and why do you think that is? If you could give one marketing tip to other authors, what would it be?

I’m reasonably active on Facebook and Twitter, and try to post regularly to Instagram. The only marketing tips I can give in regards to social media are, one, pick the one that work for you, and, two, be nice.

No one, not even the big publishers, have cracked the secret of predicting what’s going to be a long-term best-selling book ahead of time. So just write the stories you care about, and stick with putting yourself out there. Consistent effort and a touch of luck will build up over time.

My most important WIP is book three of the Togas, Daggers, and Magic series: In Victrix. It’s a story of chariot races, of social injustice, and of womanly mysteries. Or, races, curses, and women’s places if you want to be more catchy.

I also have serious ideas for two other series / worlds. One, an urban-fantasy, I planned, wasn’t happy with the direction it was taking, and shelved for a future attempt at reining the story back to where I want it to go. The other is a duology about environment crises in a fantasy world. I’ve started to write it, in between editing In Victrix.

Though my writing temporarily suffers from lack of quiet time, my writing is not going away. It’s a setback I certainly intend to fix, as I love the act of storytelling – regardless of whether it will become a wide success or just a hobby.

In Numina on Amazon: https://amzn.to/2AWU46z

Murder In Absentia (book 1 of the series) on Amazon: http://amzn.to/1XbfKN1 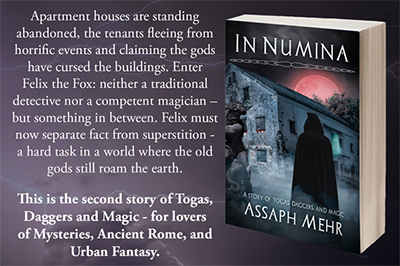 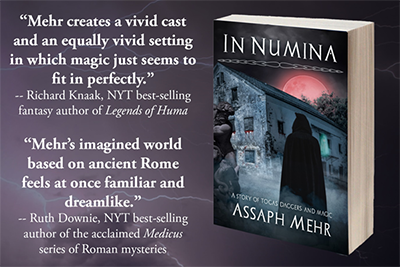