Since reading The Lord of the Rings at an early age, and later, the works of his favourite author, David Gemmell, Anthony has been inspired to write his own stories.

When he is not forging tales and filling blank pages, Anthony spends his time working in his local library, reading, gaming and enjoying adventures of his own.

How did you come up with the inspiration for the Four Vales series- what originally triggered the idea, and what challenges did you encounter as you embarked on this epic journey?

I distinctly recall where the idea formed. I overheard a conversation I should not have heard, a trivial bit of sniping between colleagues in my local supermarket, which led me to thinking what would have happened if it has been something really important – some dark secret, a nefarious plot which nobody would believe, even if I told them.

And thus, the journey of the Storm Trilogy began. The main challenge I had on my adventures writing these books was simply finding the time – I was working full-time for the first two books of the trilogy so they took a lot longer than I (and my readers) had hoped for. 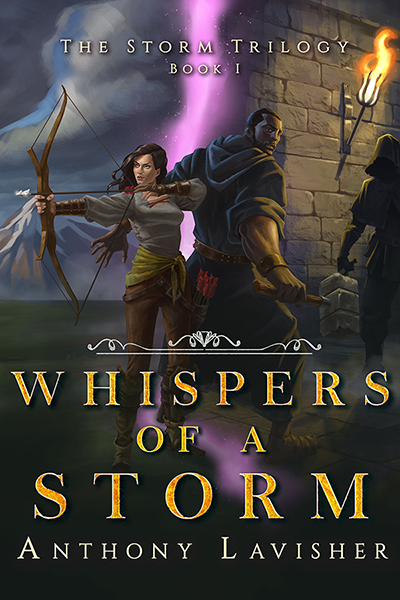 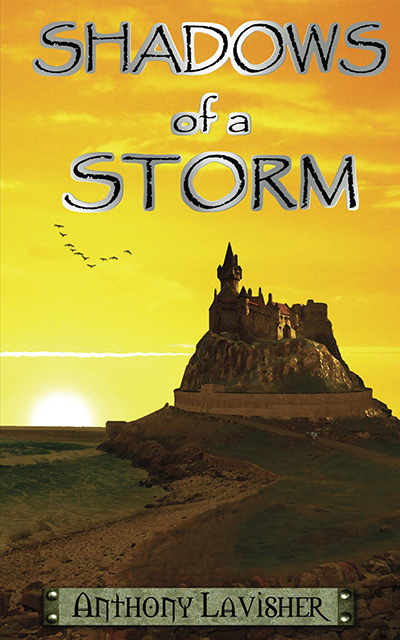 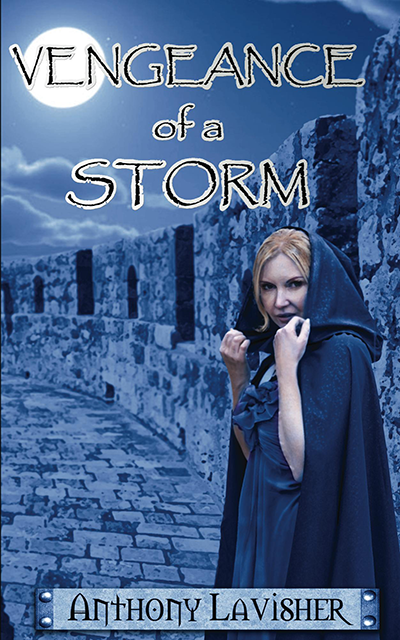 J.R.R Tolkien for inspiring generations of writers and the modern fantasy genre. Bernard Cornwell, for giving me such an insight into British history and sending me on some wonderful rip-roaring adventures. And David Gemmell, whose amazing novels inspired me to tell tales of my own.

I wrote my first novel, Whispers of a Storm, listening to movie soundtracks like Gladiator and The Lord of the Rings movies – my favourite soundtrack being The Last of the Mohicans. For some reason, and I am still not sure why, I tend to write all my novels now in silence, listening to my characters, rather than the music in the background.

Growing up, I always remember maps in books – although it wasn’t until recently, that I actually had a map in one of my books. I especially loved the artwork that appeared inside The Wishsong of Shannara by Terry Brooks, and the drawings that appeared in the Dragon Lance books by Margaret Weis and Tracy Hickman. This style seems to have died out over the years, and I always look back at those books with great fondness.

Nowadays, I tend to think that illustrations are not as important - I must admit that I prefer to/and have my readers imagine for themselves what the characters look like, and I think landscape covers are often more impactful.

For me, as a reader, I prefer that, too. I would rather pick up a book with a piece of artwork of a landscape on it – there’s nothing worse than seeing a cover that has a photoshopped person on it, posing with a weapon they have never held before.

Without a doubt. The medium of storytelling may have changed drastically over the last decade with the ebook revolution, but as long as we have words and we can speak and write them, people will always want to weave adventures for people. With so many choices and opportunities for readers these days, I believe the future is bright – yes, and even for the humble paperback 😊

Any talents other than writing, which you’d like to tell us about?

Seriously, though, I do have a pretty good memory for facts, which helps me in so many ways. It certainly helps with my writing, as I tend to have a lot of information stored in my brain, rather than on paper or saved on a file.

I can swing a pretty good tennis racket, too, although, understandably, its been a while because of current circumstances, so I might be a little rusty.

Name one single book in your life that stands out, or provided some kind of turning point, major change, or affected you so deeply in some way that it changed the course of your life?

The moment my friend Allan loaned me a copy of Knights of Dark Renown by David Gemmell. That book opened up an untapped well of adventure, and filled it with inspiration for me. From that day on, I wanted to create heroic tales of my own. I wanted, hopefully, to inspire people, as David had me.

I have two on the go at the moment – a modern thriller called “The Last Tiger” and the first book of a (hush-hush) 4 book historical series.

The thriller is almost ready to launch, so the creative part of that process is now over, so if I had to choose the most important, it would be the historical one, as I am constantly thinking about it, and the three sequels I have planned – it certainly has the most focus right now.

No wonder why I can’t listen to music whilst writing, there’s no more room up there 😊